Opinion of the month: „Germany needs an immigration initiative“

Christopher Ranft, head of Recruiting, on the challenges of the enormous labour shortage and the potential of economic immigration.

“Skilled labour shortage” may sound like a rather abstract concept, but we’re beginning to experience the reality of it: Endless queues at airports. Reduced opening hours at restaurants. We’re starting to see and feel the effects of personnel shortages on the labour market more and more. What has long been described as a shortage of skilled workers in certain segments, such as the need for highly qualified people in the IT sector, has since escalated into a cross-sector labour shortage at all skill levels. Companies cannot solve the problem on their own. I believe that Germany needs an immigration initiative.

As a retail and tourism group, we can be especially proud: Thanks to employees from over 140 countries, we can meet our customers’ local shopping needs and make their dream holiday come true. We are also one of the few industries to offer crisis-proof job prospects to everyone from unskilled workers to highly qualified specialists. We have especially demonstrated this over the last two years.

However, we are still experiencing labour shortages at the REWE Group, whether in logistics, IT, sales, purchasing or at the customer service counter. We’re already hearing from stores in rural areas that need to open later in the morning or close their doors earlier in the evening. As one of Germany’s largest employers, we recruit around 50,000 new employees in this country annually.

Of course, the responsibility lies with companies to create attractive offers for employees, and this includes prioritizing work-life balance, further training opportunities, fair wages and an occupational health policy. But even these measures have their limits, and open positions can be filled only when there are enough people to do so.

We support the federal government in recognizing this glaring issue and in setting out in its coalition agreement that it will strengthen economic immigration and further develop immigration law. Consequently, we welcome the proposed reform to allow long-term migrants in Germany to apply for residency. Because it must be noted that the employment market in Germany is bare.

With the prevailing labour shortage, we are not in a situation where foreign workers would be competing for jobs with citizens in this country. Rather, we would be creating opportunities for many people, facilitating integration in many places, and attracting workers to jobs that would otherwise remain vacant. As I see it, this is a classic win-win situation.

With the prevailing labour shortage, we are not in a situation where foreign workers would be competing for jobs with citizens in this country. Rather, we would be creating opportunities for many people, facilitating integration in many places, and attracting workers to jobs that would otherwise remain vacant. 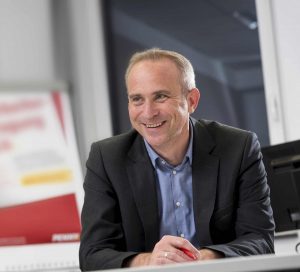 But this first step – a law allowing long-term migrants to apply for residency – must soon be followed by others. Steps that are effective, practical and with as little red tape as possible. It’s vitally important. That is why we are still cautious about initiatives such as the introduction of an “opportunity card” for the allocation of employment visas, or a points system with personal- and occupation-related criteria. I understand that these proposals seek to control access to the German labour market, but these measures must also be designed in a way that is practical for companies – and also keeping the international competition for labour in mind as well.

Similar adjustments need to be made in the recognition of foreign educational and professional qualifications by reducing bureaucracy and streamlining processes.  For example, the authorities should accept documents in English across the board. And it would be enormously helpful if all measures nationwide came from a single source, so that companies like ours which operate all over Germany can implement them successfully. If we don’t significantly pick up the pace on all these issues, we will feel the effects not only at Germany’s airports. We will have to adapt our lives to this new normal – and, in this case, that’s a bleak proposition.

heads the Talent Acquisition department. He joined REWE in 2003 and was the head of HR at Penny Markt GmbH for a number of years.